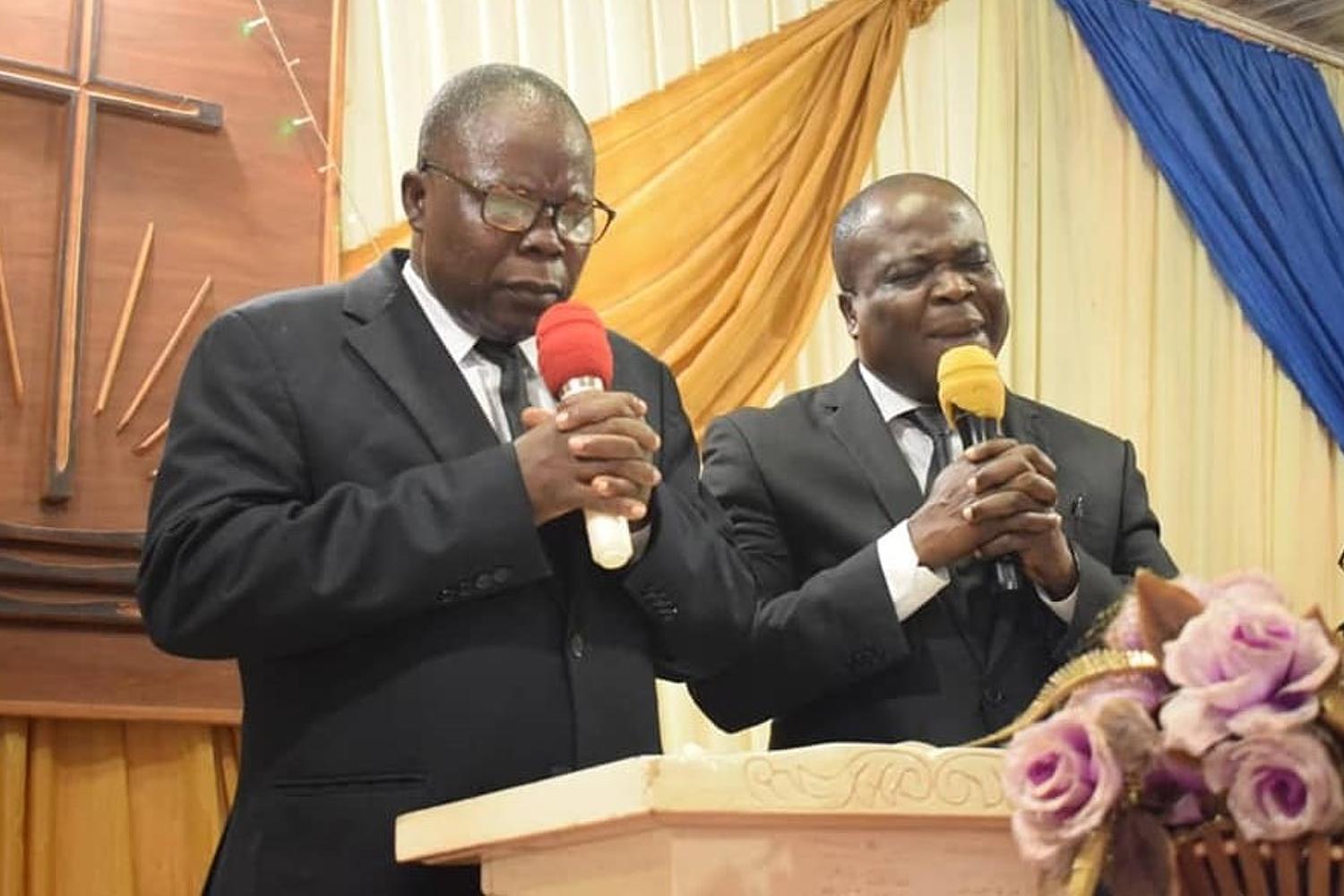 From Thursday 26 to Sunday 29 the City of Benin witnessed the funeral activities of Late District Evangelist Edomwonyi Robinson(Rtd). He was born on 20 April, 1946 and was baptized and sealed on 20 April, 1985 at Abudu by Apostle Beck Gunter. He was a Congregational Rector at Idunmwungo and Abudu Congregations and the District Rector for Abudu District. He was retired on 16 March, 2016 by Lead Apostle Nwogu in a Festive Divine Service at Abudu.

He was a dedicated, committed, faithful, loving, humble, and active servant of God till death.  He is survived by a wife, eight children (four sons who are all priestly ministers in the church and four daughters) and grandchildren. He died on 27 July, 2021 at age of 75 years.

Thursday 26 witnessed Service of Songs conducted by the Area Apostle - Odili Goddey. He admonished the bereaved, mourners, and all present from the book of:
Genesis 3:9: Then the Lord God called to Adam and said to him, ''Where are you?”
He admonished all to fight against sin and all manner of evils because God the Creator of heaven and earth sees everything we are doing.
On Friday 27 was the funeral service and it took place at Upper Sokponba Congregation in Benin South District and was well attended by the South Area District Minsters, Congregational Rectors, Shepherds, Evangelists, Priests, and Deacons (both active and retired), members across the ten Districts as well as district ministers and ministers from Lagos West and East who accompanied the Ikeja central church rector who is the son of the late district evangelist.

For the funeral service, the officiating minister Apostle Goddey Odili of South Nigeria read a text word from: Ecclesiastes 3:1,2:
"To everything there is a season, a time for every purpose under heaven: A time to be born, and a time to die; A time to plant, and a time to pluck what is planted."
In his message, the apostle admonished the bereaved, mourners and the children of God in the congregation to plant good seed so that they could reap fruit.
He said that all - life activities by every mankind is represented by planting or sowing. This means that everything done by any person here on earth is seed sown or planted. Thus, it must give birth to something- good or bad. This means that everything done has a reward even here in this present earth and in the world to come. The return of Christ is the reaping because He is coming to give everyone the harvest of whatever was sown or planted.

Sowing and reaping are real and cannot be escaped by anyone. Hence, one must consider the result of what he/she is sowing in one’s life time(now)…
The host District Rector Victor Idehen was called to serve along.

On Sunday 29, was the outing/thanksgiving service conducted by the Area Apostle.

"For God did not appoint us to wrath, but to obtain salvation through our Lord Jesus Christ, who died for us, that whether we wake or sleep, we should live together with Him."

In his message the apostle said:
We joyfully anticipate the return of Christ. He reminded all that our salvation is based on: God's purpose, God's provision, and God's promise.

Jesus Christ promised His Apostles (and us today) that He would return. The Apostles of today continues to proclaim the return of the Lord in the same way the first Apostles did, namely by gathering the bridal congregation and preparing it for the return of Christ. Christ advises us today to be ready and to be vigilant. He will come when we do not expect (Matthew 24:36,44) …
Elder Anthony Osaro Ewere was called to serve along in Bini(Edo) language. 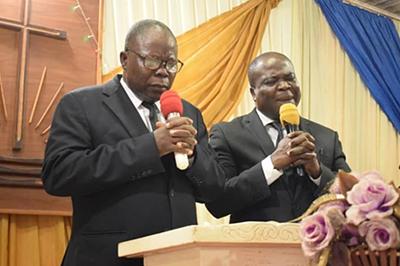 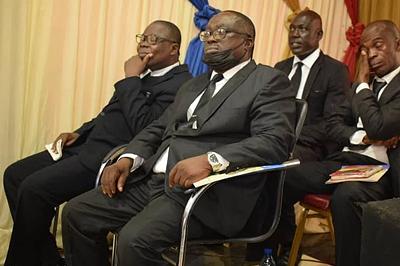 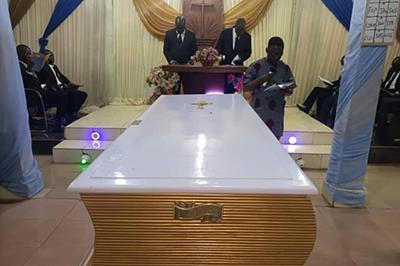 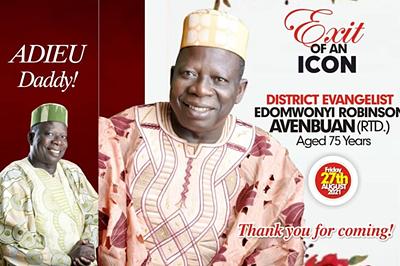 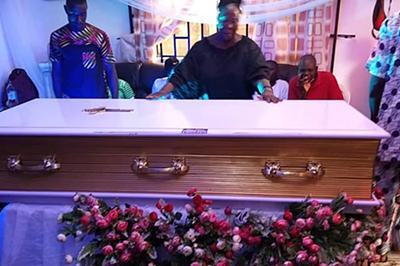 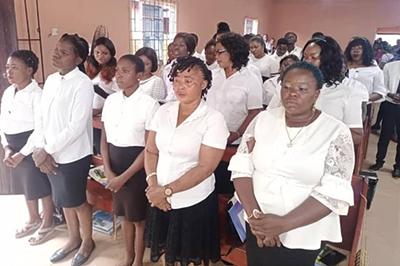 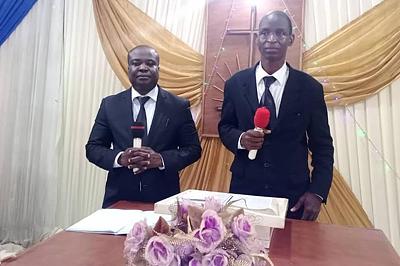 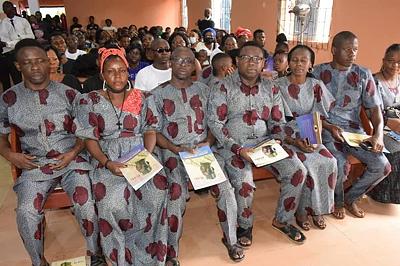 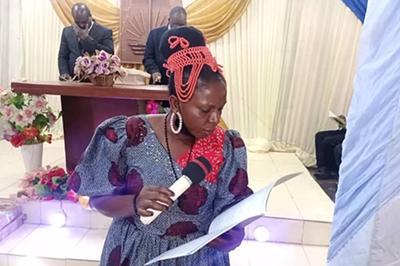 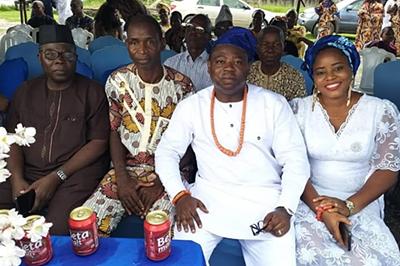 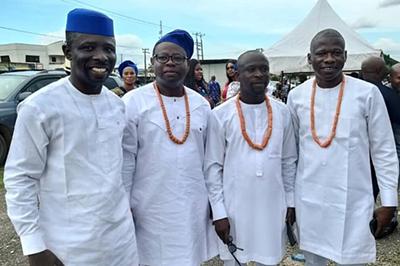 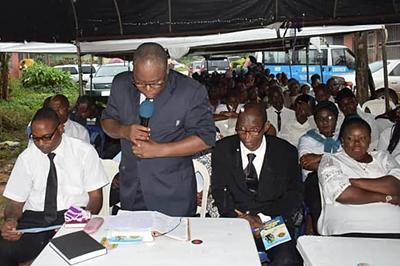 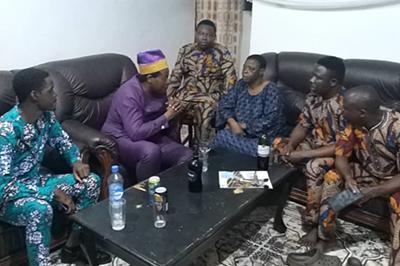