“A Touch from the Lord” 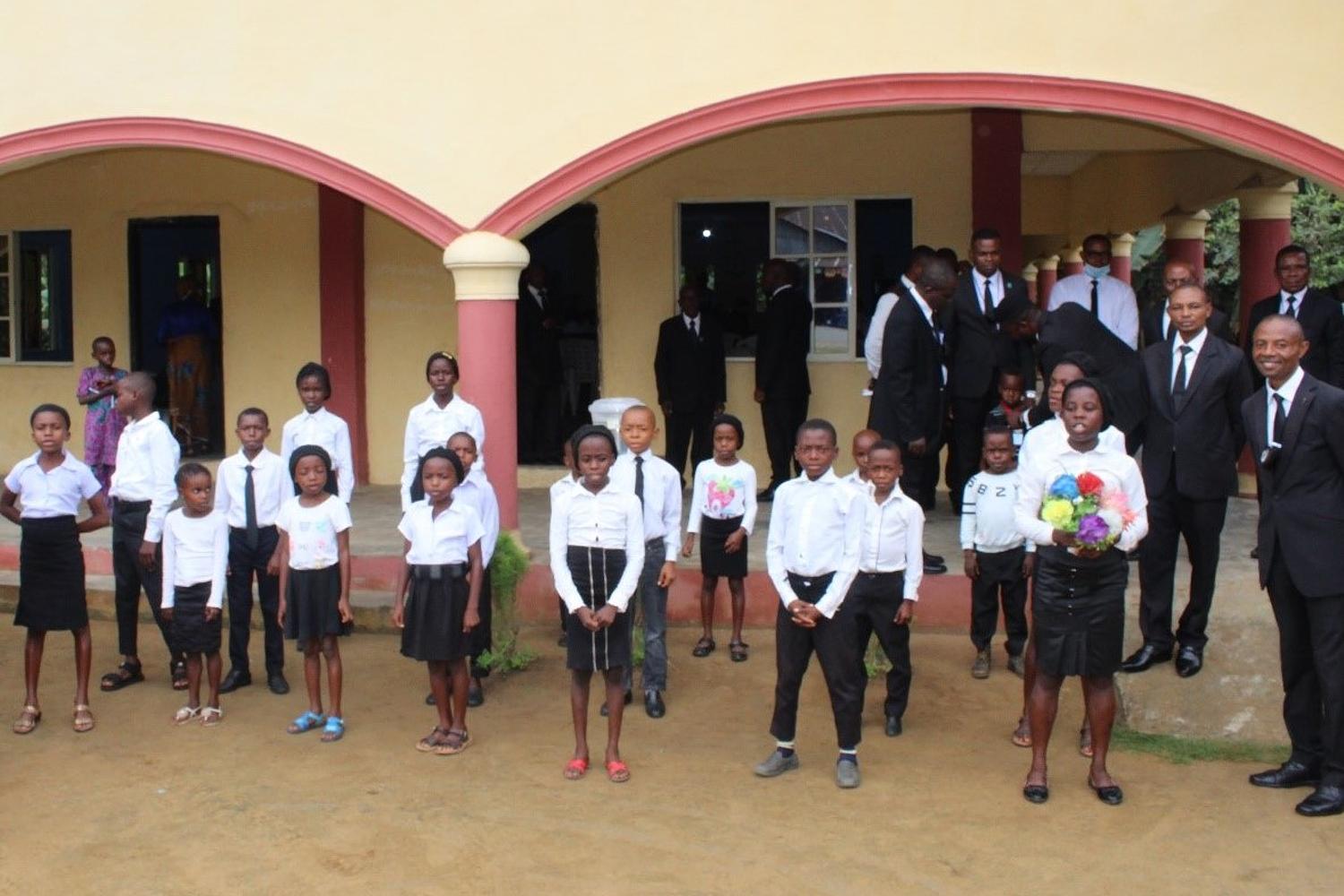 The occasion also doubled as Thanksgiving/memorial service in honour of the Apostle's late mother, Madam Akon Asuqwo Ekpenyong who was laid to rest that weekend.

Apostle Ekpenyong had led his siblings and other family members to thank God for an eventful life of their late mother whom he described as a woman of faith.

The Lead Apostle who was joyfully received on arrival by the children's choir addressed the congregants with a text word from Daniel 10 :18 – 19 "Then again, the one having the likeness of a man touched me and strengthened me. And he said, "O man greatly beloved, fear not! Peace be to you; be strong, yes be strong!" So when he spoke to me I was strengthened . . ."

Expressing deep thankfulness to God for His grace, love and peace, he welcomes all to the altar of grace where our weaknesses are exchanged for strength.

He elaborated how Daniel had a touch from the Lord and he was not only strengthened but fears were dispelled and inner peace restored in him.

No one ever had an encounter with God and his situation remains the same, he emphasized.

Lead Apostle Nwogu also cited how Prophet Elijah had a touch of the Lord when he was fleeing from Jezebel, " Then as he lay and slept under a broom tree, suddenly an angel touched him, and said to him, Arise and eat". (1Kings 19: 5)

Continuing, he enjoined worshippers to always allow the holy spirit to create enabling environment for God to touch them, insisting that God loves us and wants to strengthen us and grant peace.

He numerated various ways that we received a touch of the Lord to includes:
* Word and Sacraments.
* Fellowship.
* Prayers and
* Accepting those sent to lead us through the apostolate.

He concluded by urging all to remain resolute in their faith and be careful of false prophets and doctrine as not all touches are from God.

The host, Apostle Effiong Ekpenyong and Bishop Ime Udombang served along with 174 in attendance.

Apostle Ekpenyong donated 20 cartons of executive ceramic tiles to the congregation as a memorial of his late mother.

Meanwhile, persons from all walks of life on Friday, 13th November, were on hand to pay their last respect as the remains of Late Madam Akon Asuquo Ekpenyong was laid to rest at her country home in Ikot Obio Edim, Ibesikpo Asutan LGA of Akwa Ibom State at the ripe age of 81.

The Lead Apostle who also officiated at the funeral service comforted the mourners with a word from Revelation 14: 13 "Then I heard a voice from heaven saying to me, Write: Blessed are the dead who die in the Lord from now on, Yes, says the spirit . . ."

Lead Apostle who spoke glowing about the deceased said it was a well-deserved rest as all cares, afflictions and sorrows are over.
He assured of reunion on the resurrection morning and urged the family and sympathizers to take solace in the life of faith she had lived.

Among dignitaries in attendance were Apostles and Bishops from Nigeria with their spouses. 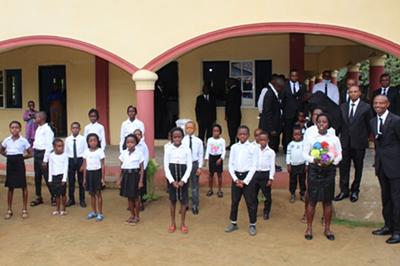 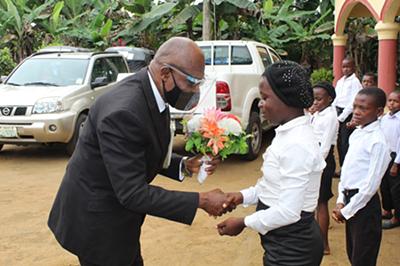 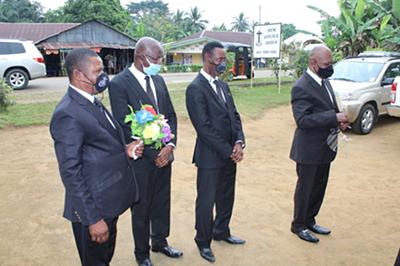 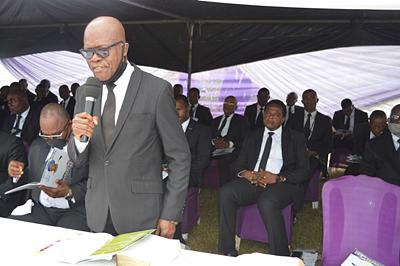 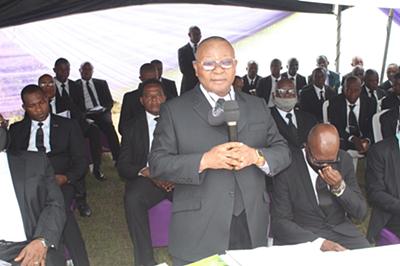 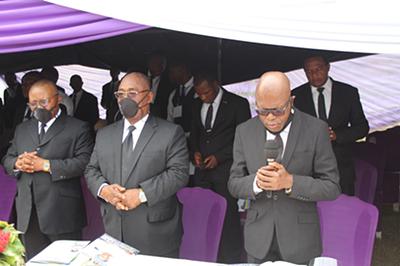 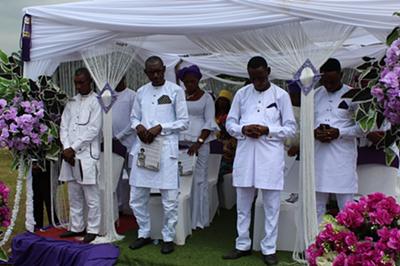 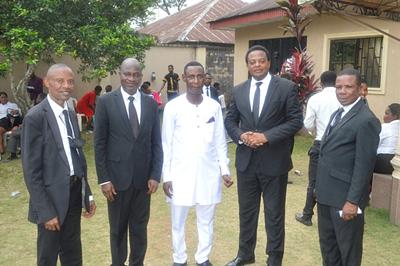 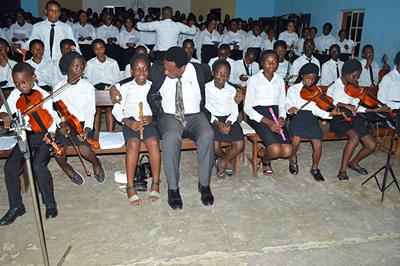 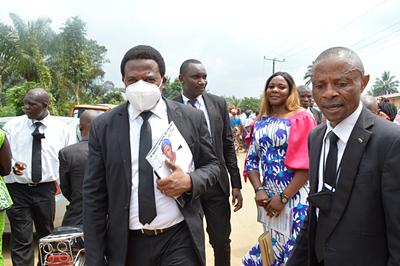 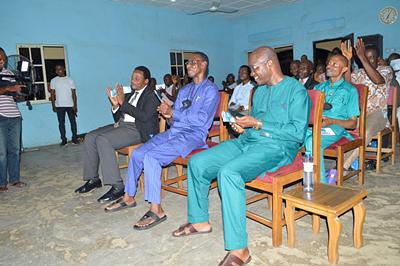 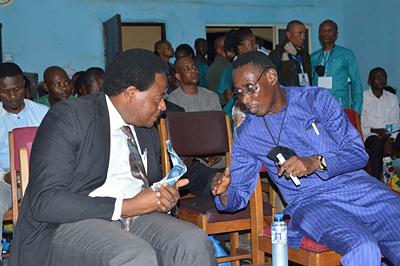 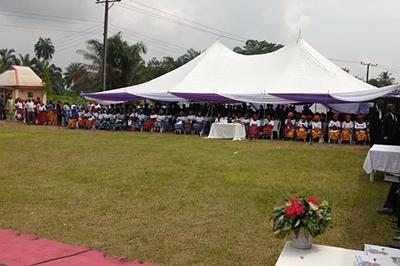 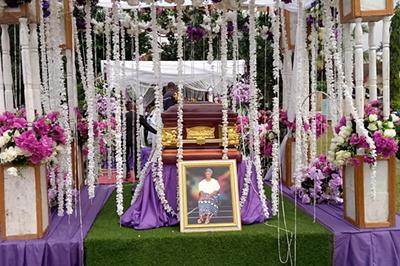 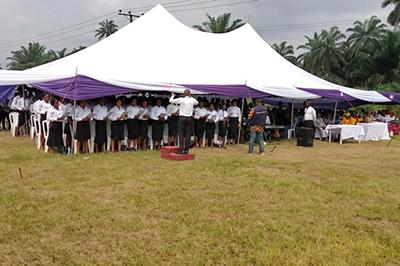