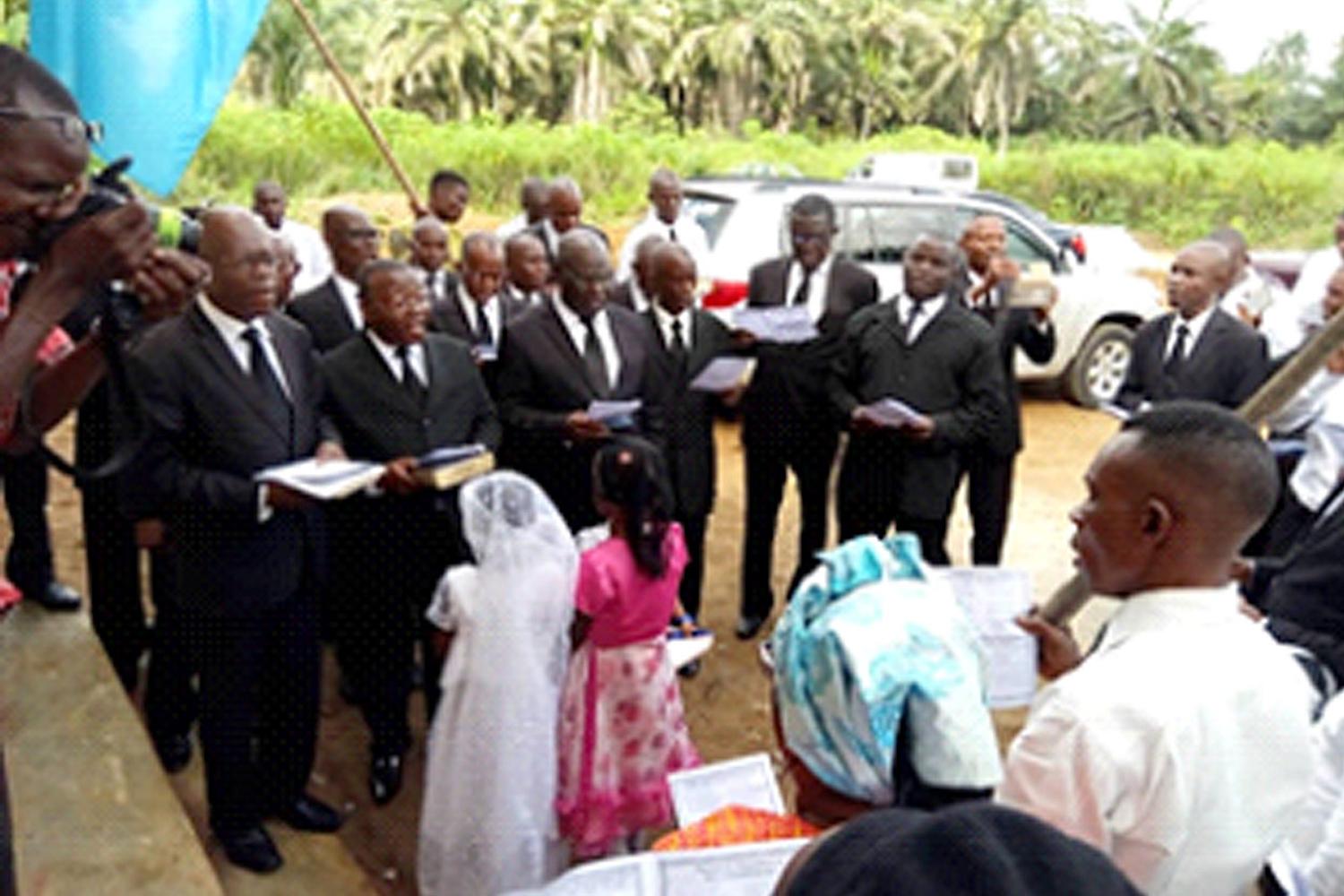 At 10 AM on Thursday, 18th October 2018, Lead Apostle Geoffrey Nwogu joined the brothers and sisters of Ikot Obong Otoro in Ikot Abia Idem District to celebrate a special milestone in the journey of the congregation. The Lead Apostle dedicated a new church building for the members and their community.

He text word was selected from Psalms 122:3-4 “Jerusalem is built as a city that is compact together, where the tribes go up, the tribes of the Lord, to the testimony of Israel, to give thanks to the name of the Lord”.

He described the altar as a place of refuge and urged all to turn in at all times for grace, blessing and supplications.

The host, Apostle Samuel Usoro and District Elder Emmanuel Essien assisted at the altar. Fifteen (15) souls were Holy Sealed with 167 in attendance. Among the guests and dignitaries were the village heads of Adatak and Ikot Obong Otoro, the Local Government chairman, his executives and others.

The Ikot Obong Otoro congregation was formed on the 19th of June, 2016 at Adatak with 54 sealed members. By February 2017 the members moved to a private residence at Ikot Obong Otoro and on 19th November, 2017 our Lead Apostle in one of his visits laid the foundation stone of the building on a parcel of land acquired for the church by District Elder Emmanuel Essien. The church building took 11 months to complete.

By 2 PM the same day, the Lead Apostle arrived in Urua Abasi Umo for another divine service. There, 78 brethren had gathered. The Lead Apostle exhorted them with a word from Hebrews 9:28 “so Christ was offered once to bear the sins of many…”  He urged all to allow themselves to be prepared for the eminent return of Christ. He was assisted by Apostle Usoro.

The next day, 19th October, the Lead Apostle and his company arrived at Calabar to a hearty reception. The 117 souls in attendance were exhorted based on the text word from Revelation 19:9 “…Blessed are those who are called to the marriage supper of the lamb…”.

Here the Lead Apostle reminded all that we are the elects of God, a chosen generation and a royal priesthood. To this, we must endeavour to be part of the marriage feast in heaven. 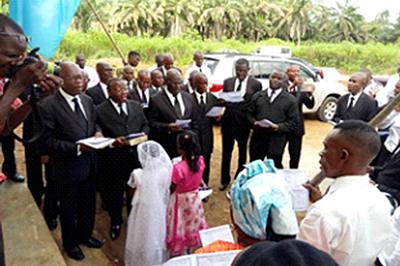 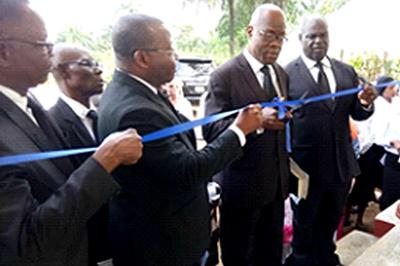 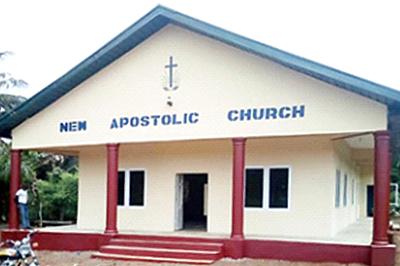 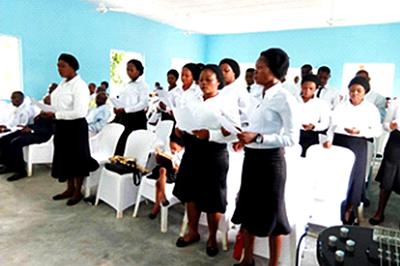 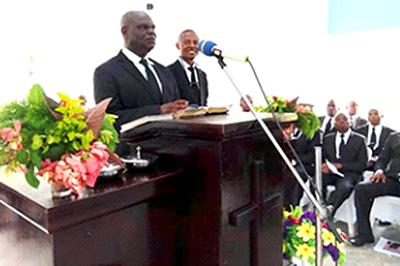 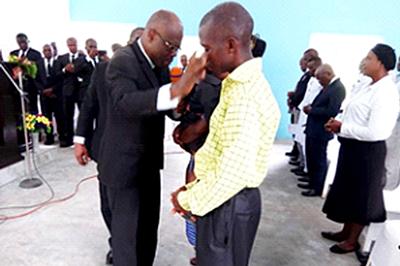 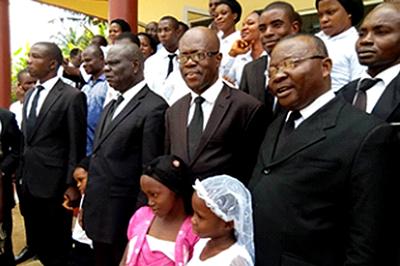 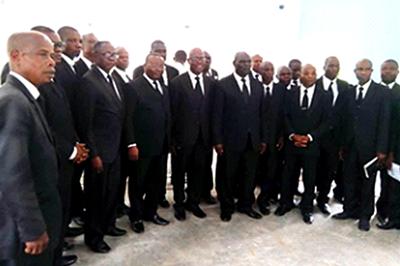 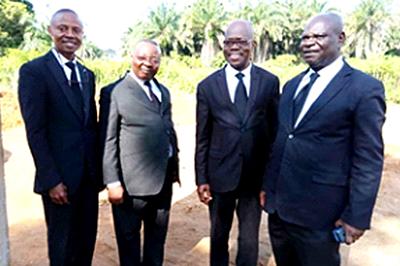 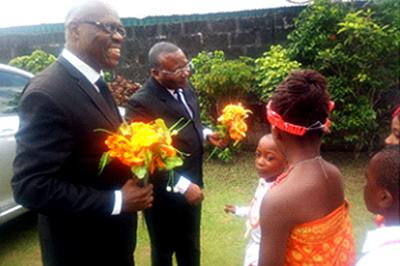 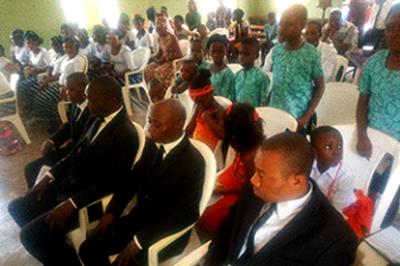 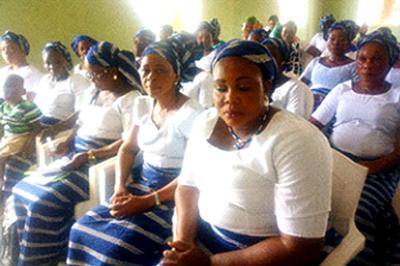