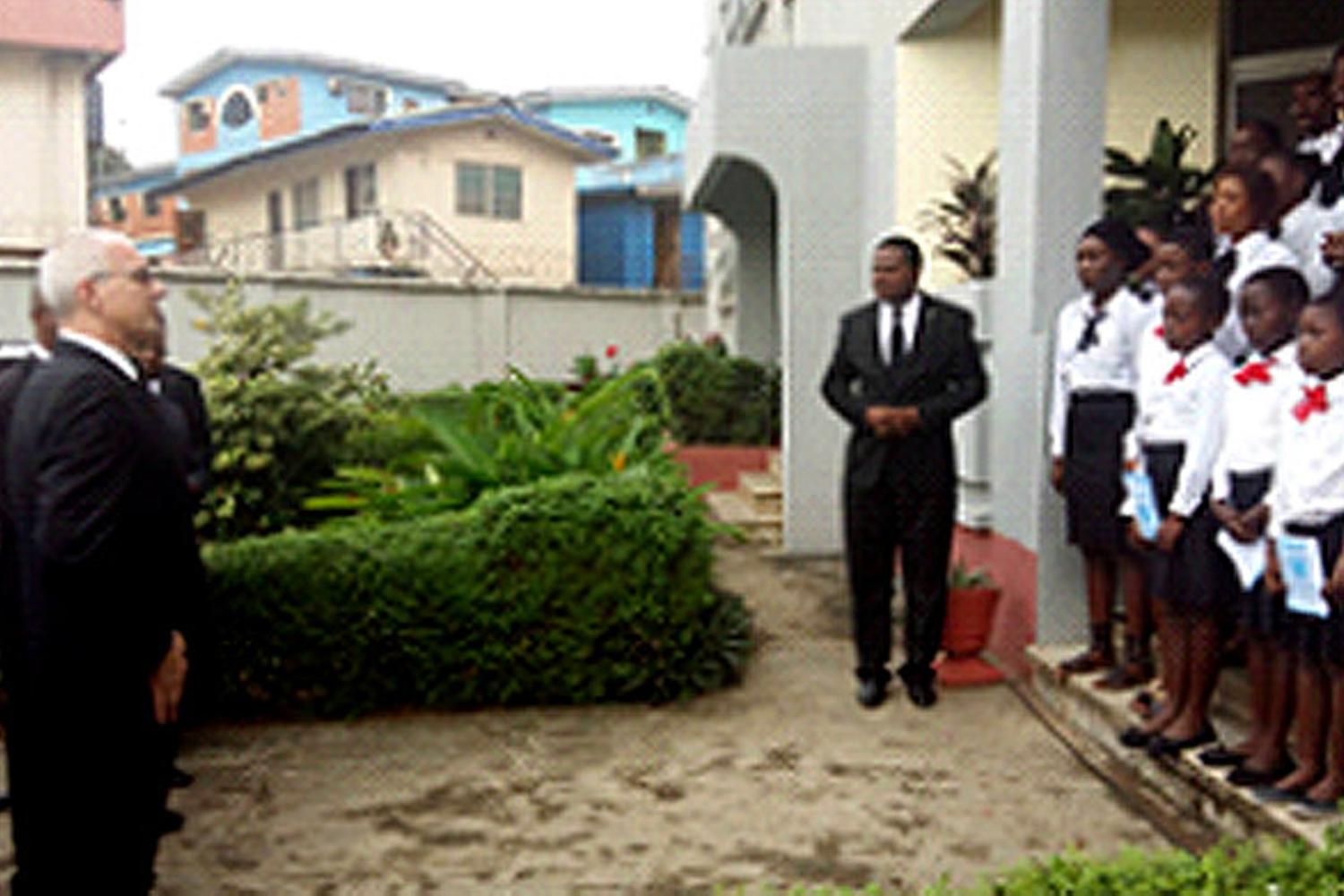 This number compared to the population of Nigeria (one hundred and eighty million people) is really small but we are always consoled with the word of our lord Jesus which says “Fear not, little flock; for it is your Father's good pleasure to give you the kingdom”. Luke12:32.
During The District Apostle Michael Ehrich’s live coverage divine service by the Nigeria Television Authority on Sunday, the 10th of December 2017, the church was exposed to over 100 million people for just 2 hours.

The Nigerian National Television is the most widely viewed television in Africa due to its reach. It is estimated that 70 million people tune in to the TV station every 30 minutes especially when there is a live broadcast message by the president.

On Sunday the 10th of December 2017, the president was to inaugurate a hospital in Kano state immediately after our service and this made so many people especially in Kano state to remain connected to NTA while waiting for the time.
Kano State is the most populated state in Nigeria with an estimated population of 20 million people, follow by Lagos with 18 million.

During the Divine Service, the District Apostle in his opening prayer already interceded for the peace of Nigeria, the leaders and for those who bear special burdens.

He based the sermon on Isaiah. 58: 6-7. He differentiated natural fasting from spiritual fasting; he defined fasting as renouncing or denying oneself of something. The Jews did it to atone for their sins. Since Christ had already paid the price for sins, to what effect should Christians fast? Fasting should include renouncing centering our lives on things that do not work to our salvation, e.g. pursuit of money and successes, domineering behavior, and search for worldly reputation.

Since fasting approved by God includes sharing our goods and setting people free, Christians can do this by alms giving and sharing their spiritual resources  like forgiveness, the truth of Christ's doctrine, Love and grace, with others.

Bishop Magaji of North was retired in this service.

A total attendance of 1162 were in the Central church Ikeja. 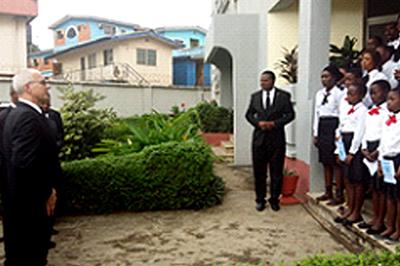 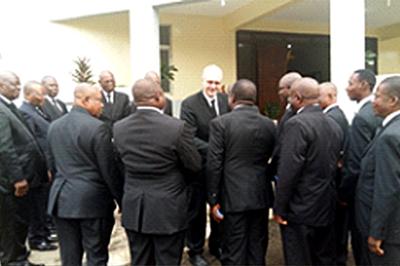 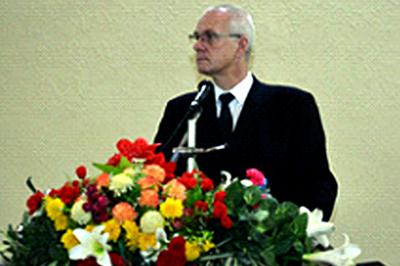 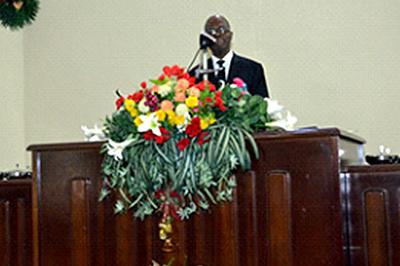 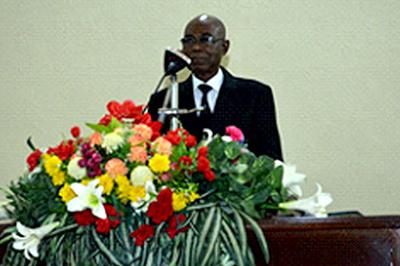 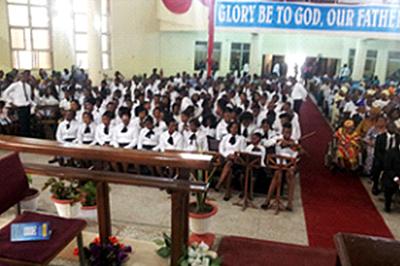 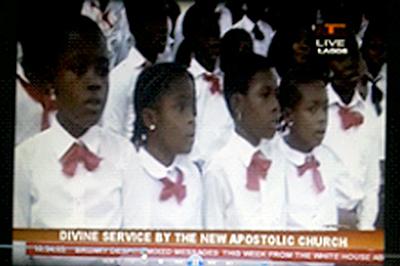 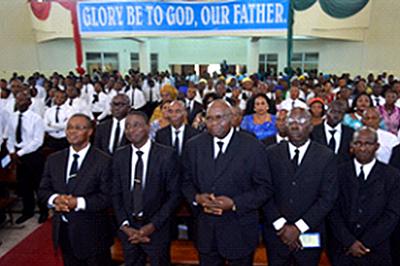 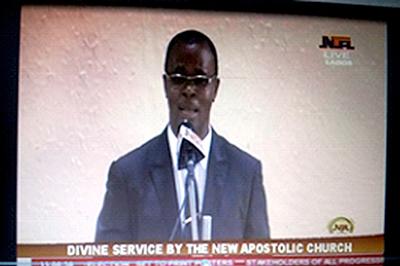 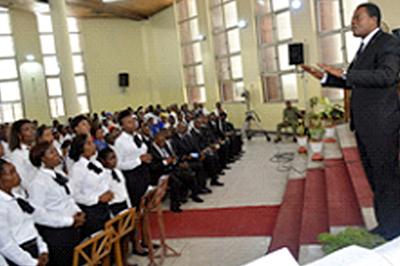 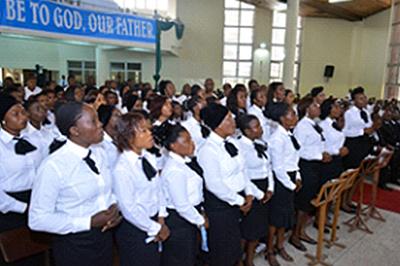 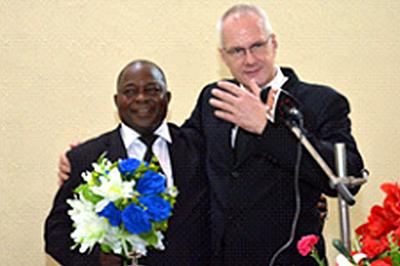 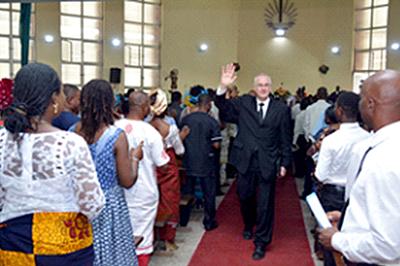