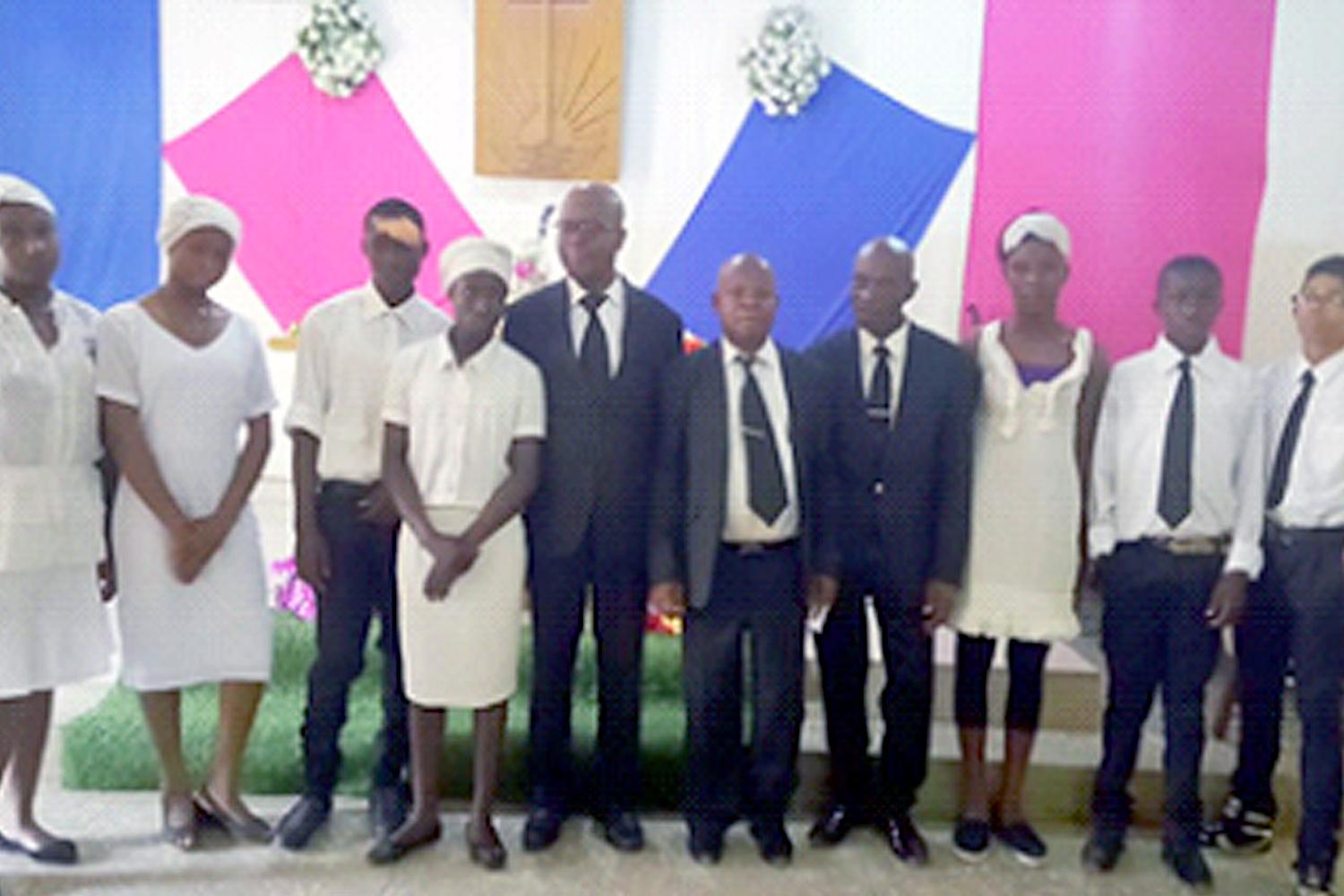 On Sunday 23 April 2017, more than hundred confirmands in the North, South and Mid South Districts in Nigeria received their confirmation blessing from Apostles: Geoffrey Nwogu, Goddey Oddili and Effiong Ekpenyong.

The Apostle took the bible text out of 1 Chronicles 28:10, “Consider now, for the LORD has chosen you to build a house for the sanctuary; be strong, and do it.”  In the sermon, the Apostle admonished the brothers and sisters on the need to make it a point of duty to always pay their vow.  He said that one of the ways in which we glorify God is by paying the vow we had earlier made to Him.  The confirmands were made to understand that God had chosen them to make them his temple and should never defy God’s temple and should present themselves holy before him.  The Apostle thanked their parents and guardians who through the grace and power of God brought their children and wards to the knowledge of God.

The highlight of the service was when the confirmands stood in front of the altar. They answered the question- “Do you profess the New Apostolic faith and wish to align yourself with Jesus Christ?” with an audible YES. Shortly after doing this, they then proceeded to render their confirmation vow, herewith reaffirming their love and commitment for the Lord and His work.

The confirmands received copies of the letter from the Chief Apostle which was earlier read out them. 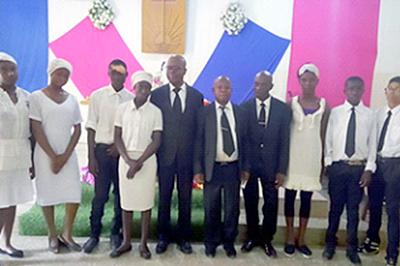 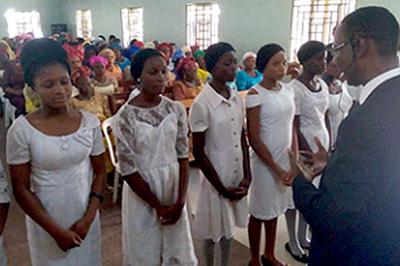 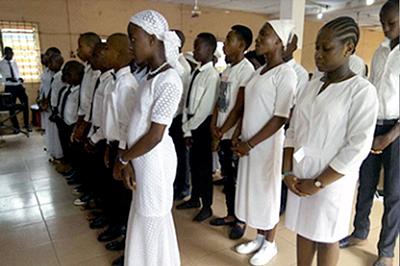 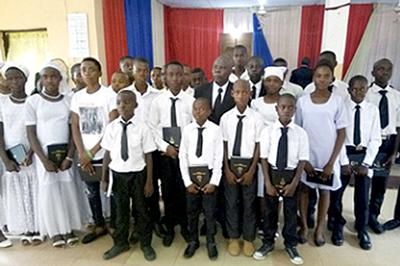 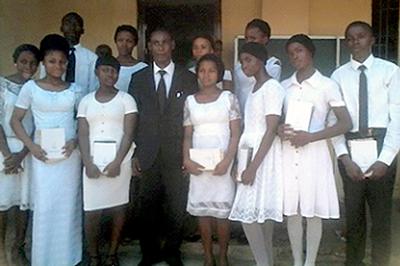