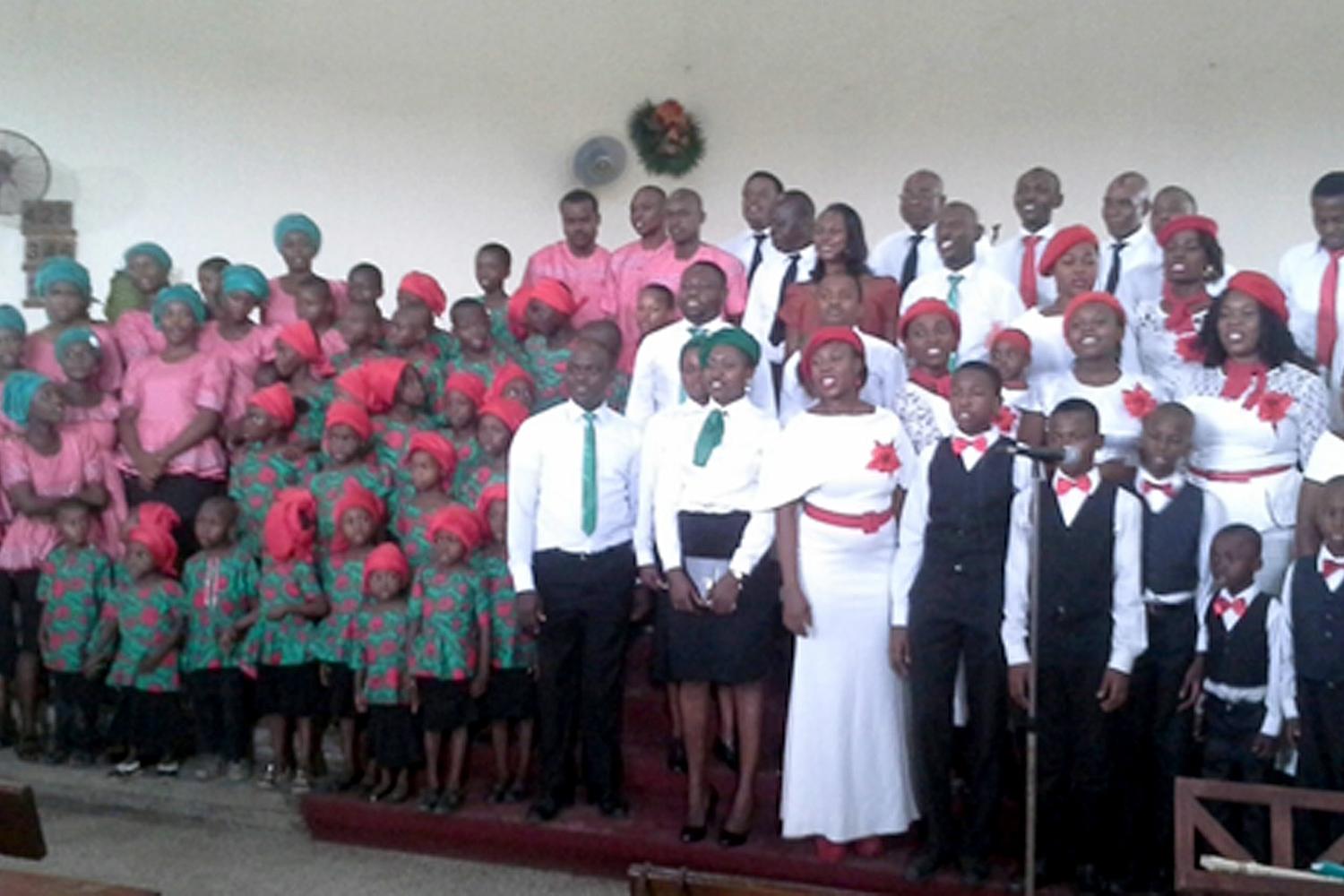 It has become a tradition in Lagos district every December that all congregations prepare their choirs to celebrate Christmas through singing, drama and poems.  On Sunday the 11th of December 2016, members witnessed different presentations like never before all because of the development in music by the choirs which is the results of the music camp organised in August this year.  Some congregations were able to present a mini orchestra comprising of violins, flutes and recorders organised by some children who took part in the music camp.  The choirs were mixed with old, young and children all singing with so much joy and confidence.  Apostle Hagher, District Elder Omeh and other ministers were really impressed with the level of performance by these congregations and promised to put more attention to the choral afternoon in future because it is a way of building choirs in our congregations.
The mixed choir with apostle and district ministers. 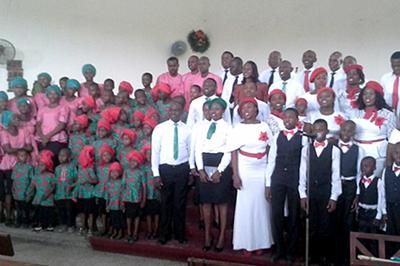 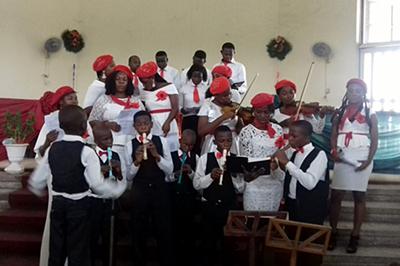 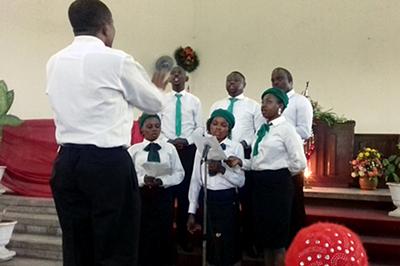 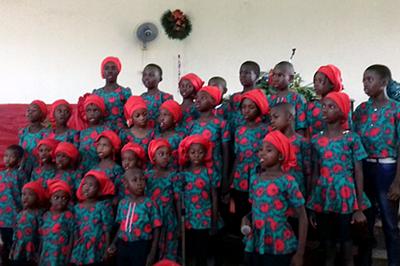 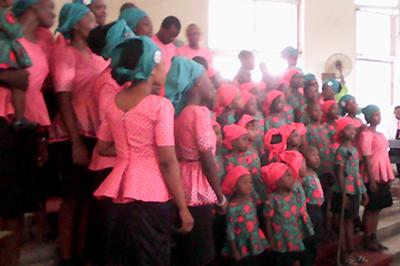 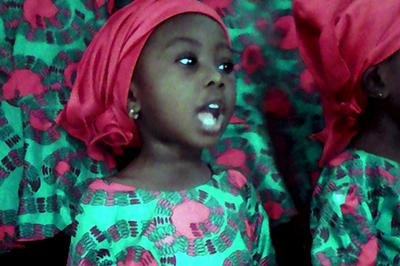