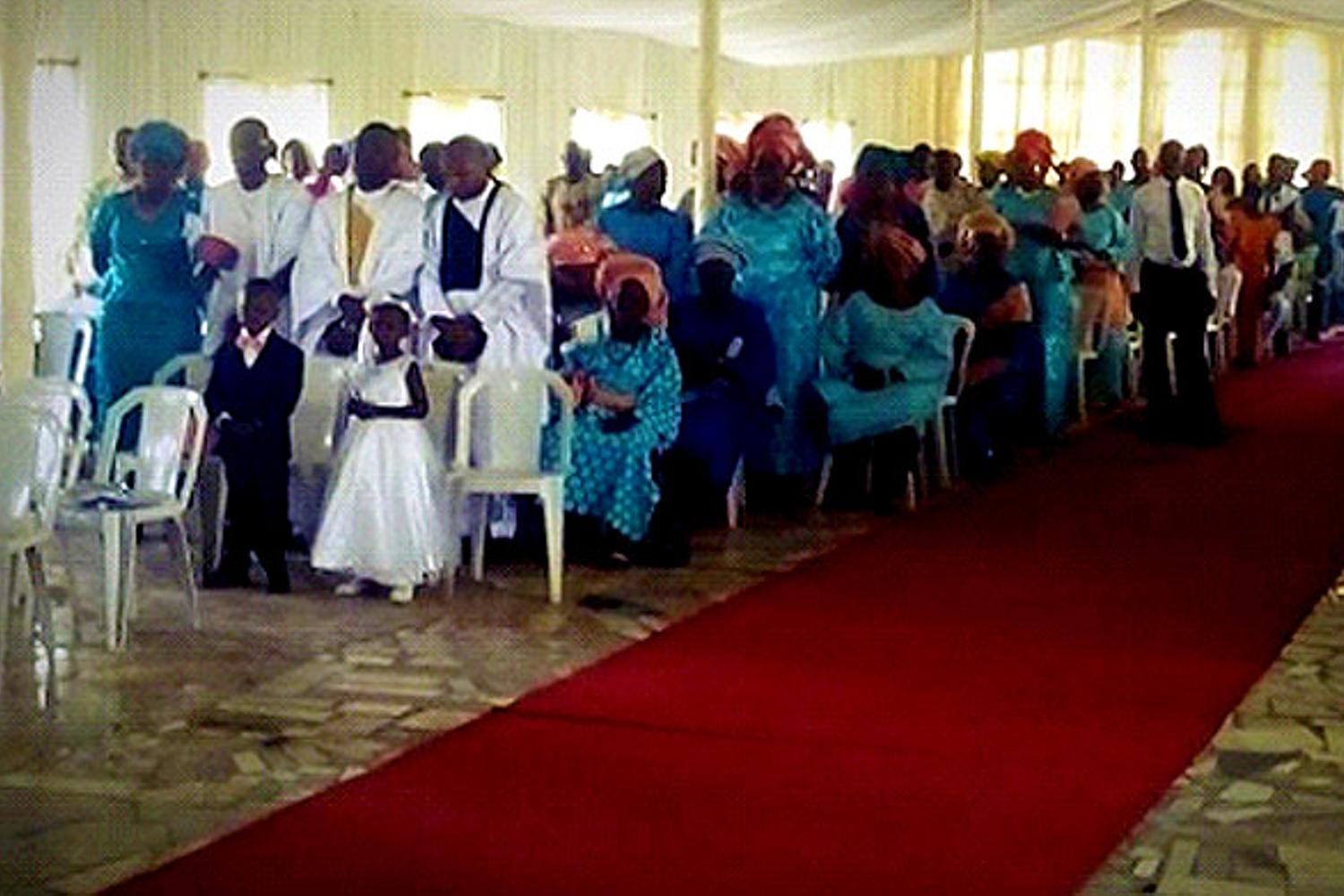 No one who was there that day could deny that they witnessed love in its purest form.
There were people present who would go on in life to declare proudly that they had been at Bukola Rotimi and Sola’s wedding on the 16th of July 2016.  They probably didn’t know it on that warm Saturday as they shuffled into the pews of The Rock Event Centre in Akure which was the venue for the wedding service.  They watched as elderly relatives and old school friends, colleagues and well wishers filed into the church and sat beneath a canopy.   They listened to the serene tinkling of a keyboard as the din of excitement bubbled up and threatened to burst. As they thumbed through the pages of their orders of service and watched grinning groomsmen stride up and down the aisle, they had no idea what was to come.  A choir of two dozen smiling young faces filed into position, all dressed in white and black, the sisters with garlands of green sash on their neck looking very good and ready to serenade the soon-to-be-weds. In reality, they were a crack squad of experienced singers, brought together by the bride for this day and rehearsed to perfection to provide the musical accompaniment of the service to be conducted by the Lead Apostle Geoffrey Nwogu who was accompanied by the apostles Hagher, Ogburu and Emanerame rtd as well as bishops Magaji, Adelabu and district ministers from Lagos, Ado, Abuja  and Akure districts. All these people have come because of the bride who is the daughter of Apostle Augustine Rotimi and she has been a strong member of the Lagos choir, she and her entire family.  The apostle read a bible text from Eph 5:17 therefore do not be unwise, but understand what the will of the lord is. He elaborated the sermon by using the example of Adam and eve that they were unwise and allowed the devil to mislead them.  He asks the participants to be wise while taking decisions. 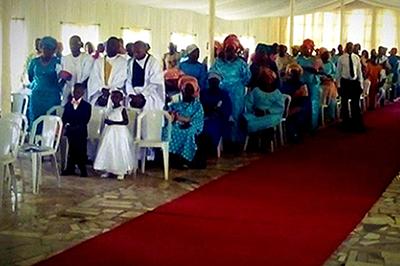 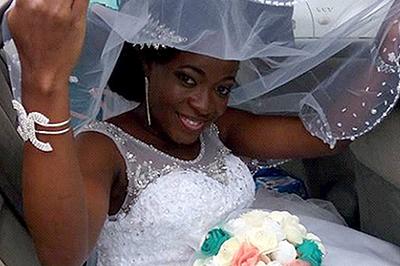 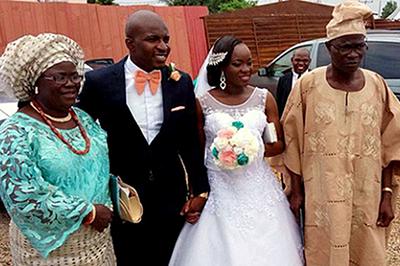 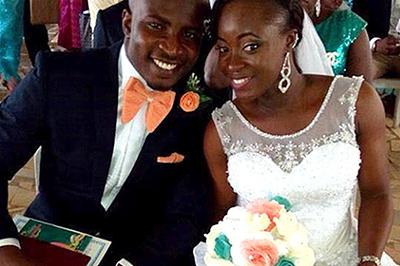 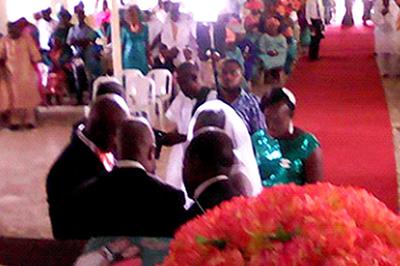 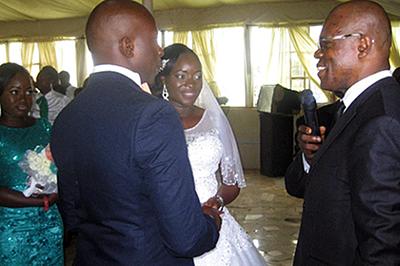 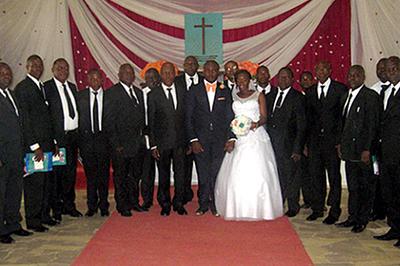